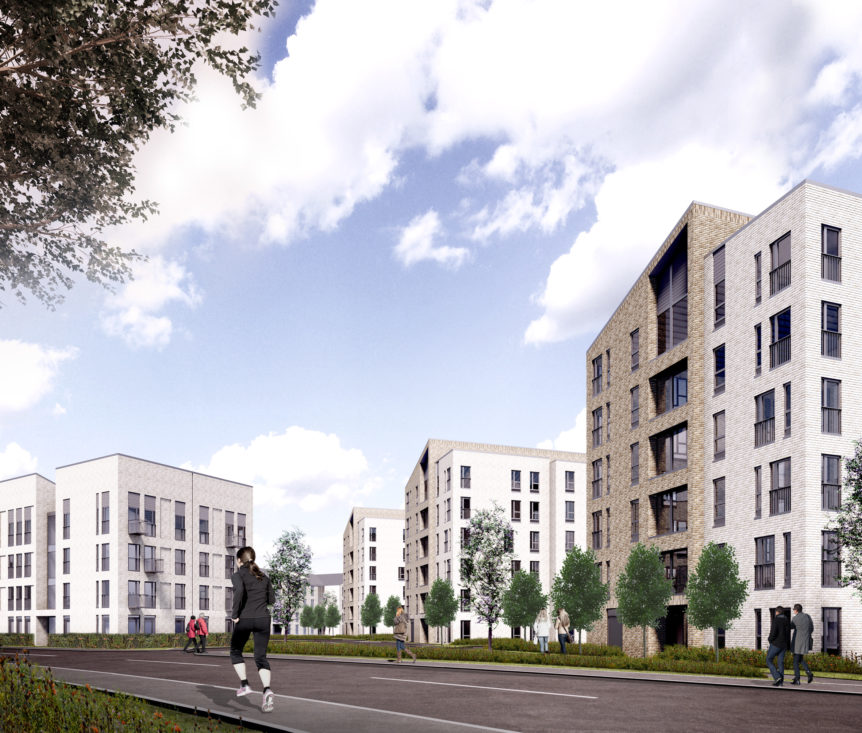 Swan Group, one of Scotland’s leading developers of affordable housing, has announced that it has submitted a major planning application for 151 affordable homes on Newhall Street in the East End of Glasgow, alongside the River Clyde. This forms part of the Clyde Gateway regeneration project.

The proposed development will consist of 151 flats with a mix of one-bedroom and two-bedroom homes and 128 parking spaces available for residents. The news follows a further Glasgow development which was announced by Swan Group at the end of 2019.

“We’re excited to submit plans to bring even more homes to the East End of Glasgow. The 151 high quality homes in Newhall Street, will help with the growing demand for more accessible and affordable housing across the city.

It’s a great start to 2020 for Swan Group and follows two other Glasgow developments which were announced in 2019. As a Glasgow based developer working across the UK, we are passionate about creating new communities and look forward to working with Glasgow City Council and a range of housing associations as we move forward.”

Swan Group is already playing a key role in the regeneration of Glasgow’s East End. The Newhall Street site represents another exciting development for an area which is going through a major re-generation drive, bringing new housing and businesses to the area.

We use cookies on our website to give you the most relevant experience by remembering your preferences and repeat visits. By clicking “Accept”, you consent to the use of ALL the cookies. However you may visit Cookie Settings to provide a controlled consent.
Cookie settingsACCEPT
Manage consent

This website uses cookies to improve your experience while you navigate through the website. Out of these cookies, the cookies that are categorized as necessary are stored on your browser as they are essential for the working of basic functionalities of the website. We also use third-party cookies that help us analyze and understand how you use this website. These cookies will be stored in your browser only with your consent. You also have the option to opt-out of these cookies. But opting out of some of these cookies may have an effect on your browsing experience.
Necessary Always Enabled
Necessary cookies are absolutely essential for the website to function properly. These cookies ensure basic functionalities and security features of the website, anonymously.
Functional
Functional cookies help to perform certain functionalities like sharing the content of the website on social media platforms, collect feedbacks, and other third-party features.
Performance
Performance cookies are used to understand and analyze the key performance indexes of the website which helps in delivering a better user experience for the visitors.
Analytics
Analytical cookies are used to understand how visitors interact with the website. These cookies help provide information on metrics the number of visitors, bounce rate, traffic source, etc.
Advertisement
Advertisement cookies are used to provide visitors with relevant ads and marketing campaigns. These cookies track visitors across websites and collect information to provide customized ads.
Others
Other uncategorized cookies are those that are being analyzed and have not been classified into a category as yet.
Save & Accept